PCOS, or Polycystic Ovarian Syndrome, is a common endocrine disorder that affects one in ten female-bodied people. It is often mistaken for a reproductive disorder, but it isn't. In fact, while most people with PCOS have polycystic ovaries, not all do.  Also, there are people with polycystic ovaries that do not have PCOS.  That's why there is a huge push to change the name of PCOS, because it is a misnomer.  While 5% to 10% of female-bodied people have PCOS, they are often misdiagnosed, or told to go to a psychiatrist for their physical and depressive issues. Women (and other female-bodied people) are often not taken as seriously as men in the field of medicine, in fact there are some doctors who still diagnose women with "hysteria," a bogus diagnosis that means the doctor doesn't care about his patients enough to diagnose them with their real problem.  Only women had "hysteria."  The diagnosis of hysteria was most commonly used in Victorian times, and was cured by an involuntary hysterectomy, or by a doctor massaging a woman's genitals until she has an orgasm, dubbed a "hysterical paroxysm."  Another way to cure hysteria was for the doctor to spray a high power cold water jet onto her genitalia, or he'd use a vibrator, aka "massager," on the woman to give her an orgasm. These "cures" would be considered sexual assault today, in Western countries. But, I digress.


The diagnosis criteria are not agreed upon, and right now there are three different diagnostic classification systems: the NIH Criteria, the Rotterdam Criteria, and the Androgen Excess and PCOS Society Criteria.

The NIH Criteria, created in 1990, means a woman must have all of the following symptoms for a diagnosis of PCOS.
1) oligoovulation, meaning infrequent or irregular ovulation.
2) signs of the male hormone androgen in excess (clinical or biochemical)
3) exclusion of other disorders that can result in menstrual irregularity and hyperandrogenism (androgen excess)

The Rotterdam Criteria was established in 2003, and a woman needs to have at least two of the following three criteria:
1) oligoovulation and/or anovulation (infrequent or irregular ovulation and/or no ovulation)
2) excess androgen activity
3) polycystic ovaries (by gynecologic ultrasound)
4) Other entities are excluded that would cause these.


This doesn't mean that these are the only symptoms of PCOS.  PCOS is a complex syndrome with no clear cause.  Here is a list of some of the more common PCOS symptoms:

As you can see, PCOS causes a myriad of symptoms.  Some people's lives are greatly affected by it, while for others it's just a nuisance.  While we wait for doctors to reach a conclusion about the cause of PCOS, we also wait for the cure.

Comments? Questions? Please show class and respect in your comments. All comments are previewed, but anyone can comment. I welcome your comments!

Popular Posts of All Time

Former college instructor, incredibly intelligent, sexy as hell, great singer, loves to kiss kitties, beadworker, hippie, a voice that makes my knees weak, and a much better speller than I am. You are the love of my life, my best friend, my partner, and part of my soul.

My Best Friend, My Togy 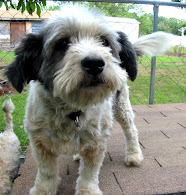 (January 17th, 1994 - Spring 2012) You will be in my heart, as long as I breathe, and beyond. You have always shown me unconditional love, and never thought less of me when we shared secrets. You were my favorite and best friend, my protector, my turtle chaser, my sweet boy with a bark that was music to my ears. I miss you so bad. 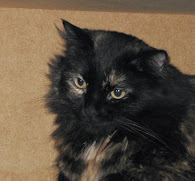 You're the sweetest girl in the world, and my heart is always happier with you in my arms. I couldn't love you more, sweetheart, if you were my flesh and blood daughter. Niki, Mommy loves you so, so much, my kitty bear.

You're a little bad ass yet cuddly kitty, with a huge heart, and fangs that like to chomp fingers when you play. Mommy loves you so much honey, you and Niki are the cuddliest, cutest, sweetest, loving kitties in the world. You're our baby kitty bunny. 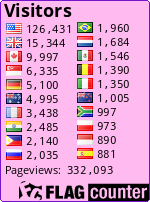